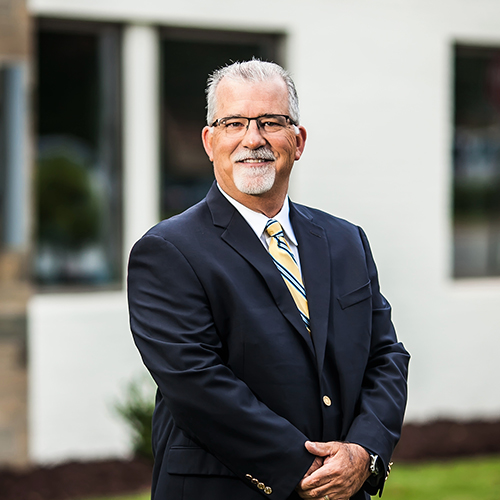 Our Investigative Services is administered by Stephen D. Netherland, a licensed Private Investigator. Steve was born and raised in northeastern North Carolina.

He graduated from Roanoke Rapids High School and attended North Carolina State University where he earned a Bachelor of Arts in Sociology/ Criminal Justice. During his time at N.C. State he interned with the North Carolina State Crime Laboratory in Raleigh which served as a catalyst for his investigative career working with state, local, federal government agencies and private individuals, lawyers and businesses over the next three decades. In 1981, Steve attended the Raleigh Police Academy and joined the Department as a patrol officer.

In 1984, Steve became a Special Agent with the North Carolina State Bureau of Investigation (SBI) and attended the 19th SBI Academy. While with the SBI, he was stationed in Elizabeth City and worked on a Statewide Narcotics Investigative Unit. In 1986, Steve was transferred to Wilmington where he served as a federally sworn Organized Crime Drug Task Force (OCDETF) Agent with DEA for the next eight years. He worked closely with state and federal prosecutors, and with other law enforcement agencies, including the DEA, FBI, Customs, ATF and the IRS. Steve worked a variety of assignments including undercover narcotics assignments, public corruption cases, state and federal organized crime/conspiracy cases, death investigations, crimes against children, sexual assault/rape investigations, police officer involved shooting and fraud investigations.

In addition to his investigative duties he served on a statewide evidence inspection team, report writing committee, recruitment committee, internship coordinator and district anti-terrorism liaison with the FBI. Steve is a graduate of the Administrative Officers Management Program, which is sponsored by the North Carolina State University Graduate School of Public Administration. He attended various courses in Supervision and Management sponsored by the North Carolina Office of State Personnel and has over 3000 hours of investigative training.

Steve was promoted to Assistant Special Agent in Charge for the Coastal region of North Carolina in 1996 and was again promoted to Special Agent in Charge in 2006 where he supervised operations for the SBI along the coast. Steve retired from the SBI in 2010 and during his time received commendations from District Attorney’s, United States Attorney’s and from several Local, State and Federal agencies. Upon retirement he received the Order of the Long Leaf Pine Award for public service from Governor Beverly Purdue.

After retirement, Steve worked as a Detective in the Professional Standards Division of the New Hanover County Sheriff’s Office prior to becoming a licensed private investigator in 2011. He is a strong supporter of Make a Wish Eastern North Carolina where his wife Janis serves as the Director of Philanthropy for the Wilmington area. Steve and Janis have a son who lives in Wake Forest, NC and a daughter living in Denver, CO and are soon to be grandparents.