During a marriage, people accumulate various things – cars, boats, furniture, art, real estate, investment accounts and retirement accounts to name a few. People often wonder what they are legally entitled to when it comes time to split up all of the assets the couple acquired during the marriage. Most people just want to divide things fairly. However, one spouse’s idea of what is fair can be completely different from what the other spouse thinks is fair. 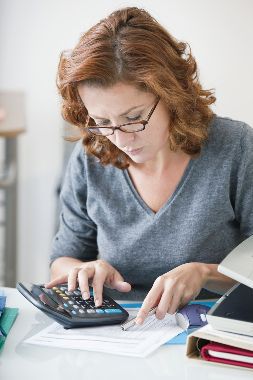 Marital property, or anything accumulated during the marriage, is subject to equitable distribution. This is true even if only one spouse was the bread winner and paid for the property acquired during the marriage. Things that you owned before the marriage are considered separate property, and are not a part of the Equitable Distribution equation. Property that you acquire after the date of separation is not considered to be marital property unless it was purchased with marital funds. The classification and value of marital property is a frequent subject of debate in divorce cases where substantial assets are involved.

Often, things like homes or pensions are partially separate and partially marital. To determine what portion is marital the court will look at the total length of the time of the marriage through the time of separation versus the portion earned before marriage or after separation. You may need to have appraisals preformed to establish the value of the property in question.

Circumstances that May Lead to an Unequal Distribution

An equal division of marital property is presumed to be fair. However, depending on the circumstances and the specific facts of a case, an unequal split can be warranted. In North Carolina, there are several factors which the court can consider in determining how to split marital property. The factors, which can be found under NCGS § 50-20, range from the length of the marriage and the age and health of the parties, to a catch all provision allowing any other factor which the court finds to be just and proper. The court has wide discretion in considering and applying these factors. 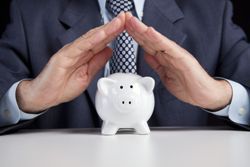 Many people fear that their spouse will try and hide money and other property and “cut them off” so that they will be unable to support themselves. This is often a valid concern. The law provides several tools to prevent this from happening and to preserve the marital property. One such tool the law allows is an interim distribution, which divides out some of the marital property prior to a full decision. This is a useful tool in many situations, such as when one spouse needs access to a vehicle, or proceeds from the other spouses’ business income.

Another tool is an injunction. An injunction is a court order prohibiting one spouse from removing money from bank accounts and selling or disposing of property. Injunctions are useful when one spouse fears the other may transfer or spend marital money and or sell marital property. It is essential that you act quickly in order to protect your rights and assets.

You can speak to a knowledgeable, dedicated and experienced family law attorney at Speaks Law Firm today. Call us at  (910) 341-7570 for more information.