It was a dark and rainy night. The voice on the phone was pleasant, but fearful. The hair on the back of my neck stood up as she talked. She told me about a conversation she had with an insurance adjuster a few moments earlier. 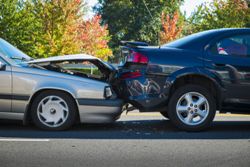 She was in an auto accident in May. She was hit from behind. It was completely the other driver’s fault. He had received the ticket from the officer. There was significant damage to both cars. She was injured. She had received medical treatment and had missed work. These facts were not in dispute.

Like a lot of people, she did not want to “sue” the other driver. After all, he made a mistake. He did not mean to hit her. We all make mistakes.

She had tried to handle her claim herself.  She figured she would call an attorney if she ran into trouble, so spoke to the insurance adjuster without an attorney. She planned to explain everything. It was simple really.

I understand her thinking. She is smart, tough and organized. She does the books for a local business. She has raised three kids. The accident was clearly the other driver’s fault. Her medical expenses were reasonable and necessary. How hard could it be? 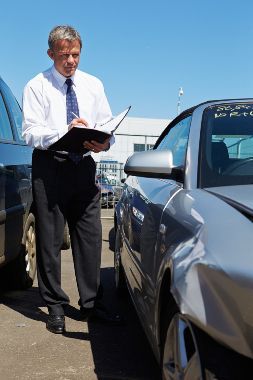 The adjuster had taken a recorded statement. She was able to settle her property damage claim. “There is still a problem with the muffler,” she said. “But it is no big deal.” (That was the first second red flag).

The adjuster had just told her they would not be paying any money for her injury claim. They would not pay for her medical bills, pain and suffering, lost wages or anything else.

“How can that be?” she asked. “It was clearly the other driver’s fault. That does not make sense. It is not fair!”

It turns out that in one of her previous conversations with the adjuster, she made a statement. The adjuster asked her about medical treatment associated with a bill she had previously submitted. “I never received that treatment. I don’t know what that is,” she had said. The adjuster had not commented at the time.  But, now he was using that casual comment as a basis for denying her entire claim. 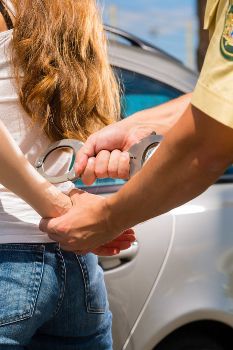 But, not only had he denied her claim, he was reporting the incident to local law enforcement as a possible criminal case of felony insurance fraud.  He told her that she had submitted bills for medical treatment that she had not received. He told her that was fraud. He suggested that she could be arrested and charged with felony criminal offenses for attempting to receive compensation to which she was not entitled.

She was very upset. As she spoke, it became clear to me what had happened. You see, I know the doctor that she had seen. I have known him for more than ten years. His kids play soccer with my kids. He is as honest as they come. 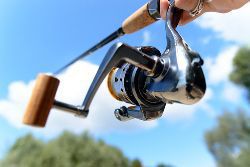 During each of his conversations with her, the adjuster was fishing for one statement made carelessly without understanding the implications. He was fishing for an opportunity. And when she made that statement . . .  “BAM!”  “Fish on!  I got one!” he thought to himself. And, he did.

The only “crime” she had committed was to think out loud. She tried to handle the claim herself.  During a “casual” communication with the adjuster, she had not recognized the medical terminology for a particular procedure. She spoke to an adjuster, without a lawyer, and made a mistake. It was as simple as that.

I feel certain the adjuster knows exactly what happened. But now, he is using it as a basis to deny her claim. Most adjusters are both honest and professional, but they work for the insurance company. It is his job to pay less.

The accident was completely the other driver’s fault. Yet, the insurance company is not paying the claim. They are not even paying the medical bills. She is still responsible for the bills. And, she was told that she may be charged with felony insurance fraud in criminal court.